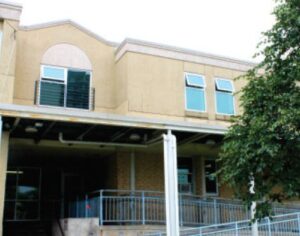 Many of you will know that the Men’s Mission provides 111 emergency shelter beds. What is less well known is the temporary residence we provide, known as the Roger Smith Wing (RSW). The RSW is a separate, self-contained area of Men’s Mission offering 35 temporary, rent-geared-to-income individual rooms.

As Roger described himself in his book From Golden Grain Grows a Mission, written in 1991 commemorating 40 years of service, he “completed the cycle, going from the bottom to the top of the organization which had salvaged him and which he had served so faithfully for 35 years.”

The initial conception of the RSW was for temporary housing providing a transition from emergency shelter to permanent housing. For most, it has fulfilled that function. Surprisingly for some, temporary has become longer term based entirely on choice and need.

Accommodation in the RSW is a small yet integral piece in the spectrum of housing alternatives in London and offers an intermediate step for men seeking to move from emergency shelter to permanent housing. For some who have lived in the RSW for a longer period, it is the right blend of independence and needed support.

It is fair to say that there is a shortage of safe, affordable, and adequate housing in London. It is also fair to say that there is a shortage of supports available for those seeking housing. The importance of rent-geared-to-income temporary rooms is that it fills a necessary niche in the spectrum of housing. The complexity of individual circumstances necessarily means that there is no one single solution to alleviating homelessness. Just as those experiencing homelessness have varied backgrounds and needs, so too a well-developed response must have varied alternatives. What works for one person may not work for someone else. There is no doubt that the RSW responds effectively to a need.